S﻿ylvester Stallone and Jennifer Flavin are moving ahead with their divorce, though both parties have requested an abatement from the court.

Per court documents obtained by TMZ﻿there was no prenuptial agreement in place at the time of the 76-year-old Rocky star’s marriage to the 54-year-old former model in 1997.

According to the publication, Stallone and Flavin have therefore requested an abatement – meaning any court filings in their divorce have been paused – to negotiate the details in private, rather than have them hashed out in court.

﻿Sources close to the Florida-based case claim the divorce is still proceeding, however, court filings have been put on the backburner while the former couple work out the specifics away from prying eyes.

Per the orders of abatement, “﻿The Parties agree that is in the best interests of each of them individually, and more importantly collectively as a family, to resolve all issues attendant to the dissolution of their marriage in a dignified, amicable, and private manner out-of-court.”

While the divorce is reported to be moving forward, Stallone did leave fans speculating about a reconciliation with Flavin earlier this week when he shared ﻿a photo of himself and his estranged wife strolling in naturewith a second photo of the duo beaming with their children in a photo taken when they were at school.

It was in Flavin’s divorce filings where she accused Stallone of moving their marital access, which he denied. Flavin also requested “exclusive use” of their Palm Beach house, which Stallone opposed in his filings.

Stallone did agree in his court documents, ﻿however, that their marriage was “irretrievably broken.”

READ MORE: ﻿The most interesting revelations from new book about the British royal family

A catalyst for the divorce has not been confirmed by the former couple, though sources close to the situation report Stallone’s dog Dwight ﻿was a point of contention between the pair.

Per TMZStallone hoped the Rottweiler would protect the family at their Palm Beach, Florida and Los Angeles homes, despite being able to afford security. The family, however, already had other dogs, and Flavin reportedly did not want Dwight in the house.

﻿Stallone has been adamant in his denial that the dog is not the reason for their marriage breakdown. 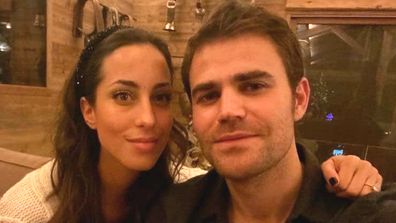